Gynecomastia is known technically as well GYNO really not a nice thing for the man, it can be destroyed by aromatase inhibitors and estrogen blocker 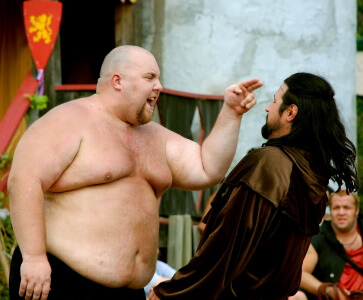 When we talk about gynecomastia or less cute expressed Bitch Tits, an above-average breast growth is meant the man. The glandular tissue undergoes, similar to puberty in a girl, different stages. The doctors distinguish the different forms of gynecomastia by their causes. Depending on whether this is a natural (physiological) or pathological (pathological) process, the doctor knows whether and how the gynecomastia be treated must and can.

Neugeborenengynäkomastie: Because male babies come into contact with female hormones of the mother during pregnancy and in the first weeks of their lives, have a small chest approach here, too, more than half of all male babies in the first few weeks. However, this forms with time also back. The estrogen is given both through the placenta and through breast milk to the child further. Since the liver of the child, this hormone can not degrade so right in the first weeks of life, the estrogen has initially a greater impact on the development of the child, which can lead to a slight breast formation.

Altersgynäkomastie: As the age increases, the proportion of fatty tissue and decreases the production of testosterone, there may be a so-called Altersgynäkomastie also aged. In adipose tissue is the enzyme aromatase, which converts testosterone to estrogen, abundant. Then comes still overweight to the growth of the mammary gland tissue is promoted.

Gynecomastia can be unilateral or bilateral in the chest area. Actually gynecomastia is a symptom and not a distinct disease. So that the right therapy can be developed, the trigger must be found

Normally, gynecomastia is rather painless. If they fail, however extreme, unpleasant Begeleiterscheinungen may well occur. Gynecomastia can cause symptoms such as a feeling of tension in the breasts, Disabilities or a particular sensitivity to touch on the nipples.

In most cases, an underlying disease, a normal body process drugs or drugs affects the hormone ratio of testosterone and estrogen. The normal levels of testosterone is an adult young man at about six nanograms per milliliter of blood (ng / ml) and normal estrogen levels at 20 to 40 picograms (pg / ml). This is a testosterone / estrogen ratio of about 200-300.Da the breast tissue is very sensitive to fluctuations in the male hormones, it may in disorders of balance coming to a breast growth in men. All factors that interfere with this balance, therefore, play a role as a risk factor for the development.

A distinction is made between the so-called gynecomastia and pseudogynecomastia (lipomastia). In this disorder merely fat to be stored in the chest. So a pseudogynecomastia usually arises due to obesity. In the latter case, it might be helpful, therefore, diminish or reduce body fat.

If the cause is known and treatable, comes first, to correct the hormonal balance back into balance. This can already be done by simple means such as a change of diet or waiver of hidden sources of estrogen from the outside. If this is not successful, you can intervene with medications in the hormonal balance. This may be through a direct supply of testosterone, or by the conversion, production and effect of the female hormone estrogen is blocked, that is with a so-called estrogen blockers such as e.g. ATD (1-4-6-androstatriene-3-17-dione).

As a last resort surgery should be considered, in which the excess breast tissue is removed. Since this is a purely cosmetic surgery, the patient pays the costs here. The health insurance companies cover this treatment only in rare cases. It is important to note, however, that the causes can be ruled out, which may lead to a renewed gynecomastia.

i have man boobs , i hate it