Triathlon is an endurance sport, which is completed by a multi-discipline in the disciplines swimming, cycling and running. All three sports take place immediately after each other and in exactly this order. The peculiarity of this sport is that a certain, fixed route with different means of transportation is covered as fast as possible. Even during the change of the different disciplines the competition clock continues to run. This distinguishes the triathlon from other versatility sports, such as: As the Nordic Combination, the Decathlon, the Racketlon or Modern Pentathlon differs. Since the year 2000, the triathlon is also considered an Olympic discipline. The word "triathlon" is composed of the Greek expressions treis / tria, "three", and athlos, "competition". 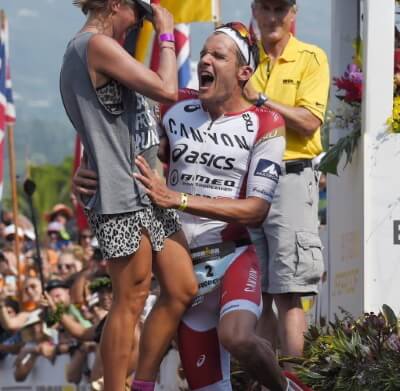 With the term Triahlon, one usually remembers the pictures of the Ironman Hawaii. The name Ironman, however, is a commercial brand under which competitions are held. Opposite are the competitions of the official sports federations.

An overview of the organizers: 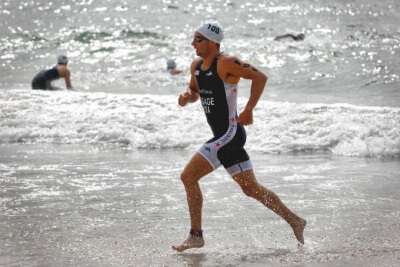 Triathlon is a sport that appeals to very different people. This is not least because there are different distances. On all triathlon distances both female and male athletes can start. In addition to the distances, there are also relay competitions in which three triathletes split the disciplines and team relays. Here each team member completes a complete triathlon.

This is the shortest of all triathlon distances. Participants often travel less than an hour. The swimming part is over 250 to 500 meters and usually takes place in the swimming pool. Afterwards, the bike tour takes place with a length of 6.5 and 13 kilometers. This is followed by the final discipline with a run of 1.7 to 3.5 kilometers. These manageable distances are not a challenge for runners, but provide athletes with the best opportunity to tackle the change in the various disciplines.

The so-called Volkstriathlon is the classic beginner distance. The distances of 750 meters swimming, 20 kilometers cycling and 5 kilometers running are very well done for moderately trained athletes. Also in Volkstriathlon the swim takes place in a swimming pool, which offers security especially for beginners. Swimming in open waters is another challenge that is eliminated. Depending on their own pace and training state, the athletes are between one and a half and two hours in the competition.

The short distance is also completed at the Olympics and challenges the participants a lot more, which is why a special training is recommended here. The distances are 1500 meters swimming, 40 km cycling and 10 kilometers running. For these distances, the muscles and endurance should be much more trained. The swim usually takes place in open water, which calls for a more specific training and especially a safe swimming technique. As a beginner, you should expect a time of three to four hours competition time.

The middle distance is an unofficial triathlon distance, but it is between the short and the long distance. The 70.3 refers to the total distance in miles (about 113 kilometers). The trails are 1.9 kilometers swimming, 90 kilometers cycling and a half marathon. It is the half-distance of the long distance. As newcomers, who should be very well trained to withstand the load, you should expect a competition time of about five and a half to seven and a half hours. Professionals need about four hours.

The triathlon long distance also known under the brand name Ironman, is for each triathlete the secret target and the biggest challenge. The distances amount to 3.8 kilometers swimming, 180 kilometers cycling and a whole marathon. While for many hobby athletes the marathon is already the ultimate in their sports career, the Ironman is a much stronger extreme burden. Understandably, this competition requires years of time-consuming training. Since 1978, the most famous long-distance triathlon, the Ironman Hawaii under the toughest conditions, the world champions sought. The current world best time of the German triathlete Jan Frodeno is 7:35:39 hours, set up at Challenge Roth 2016. 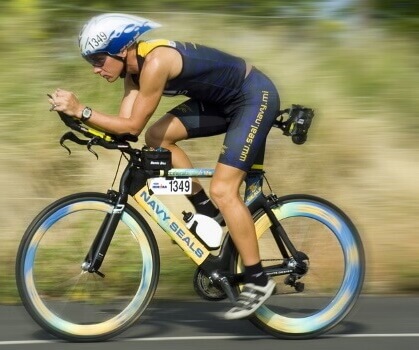 The special feature of triathlon is the direct succession of the three disciplines such as swimming, cycling and running. The associated conversion of the muscles means an extreme burden on the body and thus a corresponding preparation time.
By cycling, the leg muscles are already very stressed. The subsequent running thus requires a strong performance for the entire body.

The secret fourth discipline in triathlon 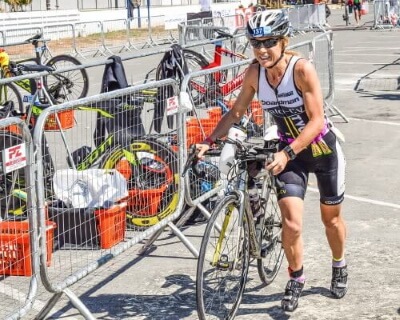 In the transition zone, there is another challenge, which is also considered "fourth discipline". The change of clothing and equipment near the maximum pulse is an extremely coordinative challenge and the whole while the competition watch continues. Anyone who wants to shine as a strong triathlete should also train the fast transitions between the individual disciplines.
In addition to the classic training in the disciplines swimming, cycling and running, there are other special forms of training in triathlon. These include, for example, the coupling training, ie either the simple or repeated sequence of two sub-disciplines (mostly cycling and running) and the alternating training (processes in the transition zone). 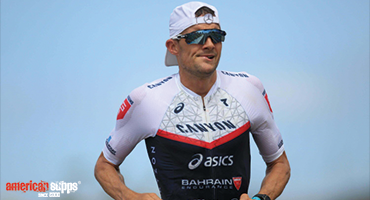 Jan Frodeno is the winner of the Ironman Hawaii 2019. Get more information about the sympathetic athlete as his fortune, nutrition and training.