Additional information: Acts as an aromatase inhibitor in a dosage of 100-150 mg 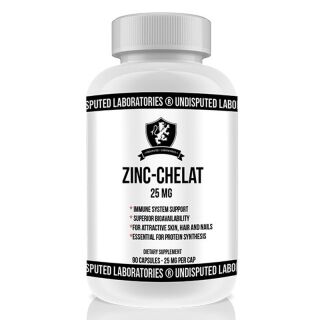 Zinc is an essential trace element that takes part in over 300 different enzyme reactions. It is no exaggeration to say that zinc is involved in almost every biochemical reaction in our body. Sixty percent of the body's own zinc storage, which is 2-4 g in total, is made up of the muscles, thirty percent is stored in the bones and the remaining ten percent is distributed over the other body tissues. Zinc is mainly needed as an enzyme component for the digestion of protein and carbohydrates. This trace element also has an important function in the immune system, which it effectively supports.

Zinc for the immune system 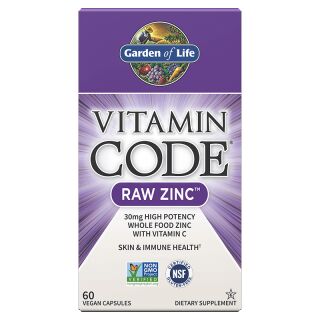 It is not for nothing that many medicines for colds contain zinc. A study from 1998 was able to show that people suffering from colds recovered on average 2-3 days faster if they supplemented with zinc. Most important to bodybuilders, however, are two other functions: 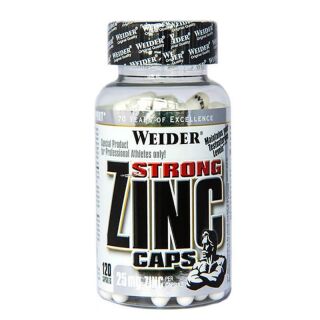 On the one hand, zinc plays an elementary role in the production of the male sex hormone testosterone by acting directly on the gonads - and on the other hand, it can prevent the conversion of androgens (such as testosterone) into estrogens. One speaks here of an inhibition of the enzyme aromatase (aromatase inhibitor). This effect has only been known for a few years. However, one could have come to this earlier, since high zinc doses, which are important for inhibiting the aromatase enzyme, worsen blood lipid levels. This is a known side effect of aromatase inhibitors because estrogen has a beneficial effect on blood lipid levels.

A significant reduction in these female sex hormones is synonymous with an increase in HDL (high density lipoprotein, the bad blood fat) and a decrease in LDL (low density (aboprotein, the good blood fat). Older men and those athletes with zinc deficiency particularly benefit from supplementation with this trace element, but steroid users who want to increase their natural testosterone production after a cure also benefit from the use. 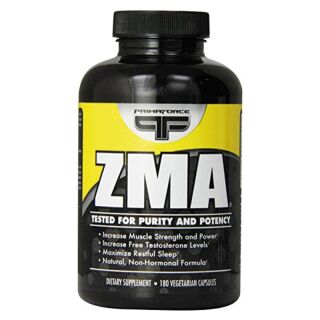 Especially when zinc is combined with vitamin B6 and magnesium (see ZMA). Also interesting: Zinc can cause the stretch marks (? Stretch Marks?) That are often observed in bodybuilders and pregnant women, as a zinc deficiency has a negative effect on the connective tissue. Zinc also accelerates wound healing, has an antioxidant effect, counteracts prostate problems, acne and hair loss (zinc inhibits the formation of dihyrotestosterone, which is responsible for prostate growth, acne and hair loss), is required for the utilization of vitamin A and is involved in the conversion of the Ineffective thyroid hormone T4 is involved in the much stronger T3. Deficiency symptoms express themselves in growth disorders, hair loss, weakening of the immune system, skin damage, reduced wound healing, increased cortisol levels, reduced testosterone levels and associated potency problems, loss of libido, strength, endurance and muscle.

Overdoses, on the other hand, manifest themselves in impaired copper absorption, increased vitamin A consumption, nausea and nausea and worsened blood lipid levels. The toxic limit is indicated differently. While German publications already assume a toxic effect at 500 mg per day, various American authors put it at almost 20 g (!) For a 200 pound athlete. More than 150 mg of zinc are definitely not needed per day, which is why even the 200 mg limit should be irrelevant, since it will not be reached anyway. Hence, zinc is considered safe to use. According to the DGE, the recommended daily intake is 10-20 mg, while Dr. Michael Colgan advises exercising athletes to consume 25-60 mg daily. Is zinc used as an aromatastasis inhibitor 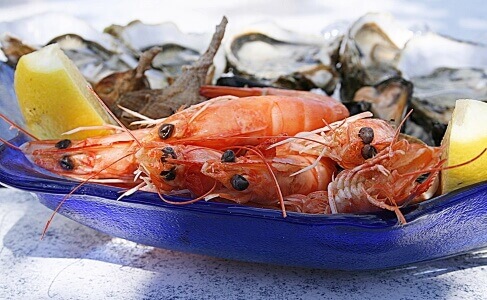 A supplementary intake with a zinc preparation is not absolutely necessary for bodybuilders who regularly eat the above foods. With the help of zinc, however, steroid users can avoid the use of aromatase inhibitors that are prescription-only, have some significant side effects and are also incredibly expensive. American Supps is a recommended preparation.

At American Supps you can buy the best test boosters like zinc, maca and tribulus! Zinc supports the production of testosterone and also has many other positive properties. Buy the best zinc at American Supps!

Zinc is one of the essential trace elements and is involved in over 300 different enzyme reactions in the human body. The 60% of the body's own zinc storage represents our muscles, 30% is stored in our bones and 10% is distributed in the body tissue. Zinc is an important enzyme component and is responsible, among other things, for the digestion of protein and carbohydrates and also for fat metabolism. The immune system is also supported by zinc. It is not for nothing that many medicines against colds contain zinc. Zinc also supports the brain and helps with concentration. In addition to these positive aspects, zinc also has other properties that are particularly interesting for strength athletes and bodybuilders. Zinc supports the production of testosterone in the body and also acts as an anti-aromatase inhibitor by preventing androgens such as testosterone from being converted into estrogens. But it also has a protective effect as it protects the muscle membranes from free radicals and thus prevents muscle injuries. Zinc has also been shown to be good for hair, nails and skin.

Zinc and its importance in bodybuilding 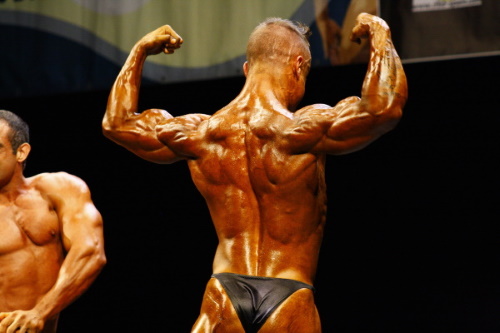 As mentioned above, zinc supports the production of the growth hormone testosterone. Testosterone is a sex and growth hormone which is also known as an androgen. It ensures the increase and growth of various muscle groups and also leads to more muscle strength. The hormone is also involved in building and maintaining bone density. Zinc acts like an anti-aromatase inhibitor because it prevents androgens such as testosterone from being converted into estrogens. It protects muscle membranes from free radicals and thus prevents muscle injuries. Cell growth, wound healing and muscle building are favored by zinc. In addition, zinc activates enzymes that are necessary for the physical supply of oxygen. The aromatase inhibitor zinc is not a very popular supplement for bodybuilders, strength athletes and athletes for nothing.