Liver protection in bodybuilding has always played an important role, to which we can now pay more attention thanks to better educational work and access to information. Extreme phases of nutrition, such as those that occur in bulky and diet phases, and excessive consumption of supplements drive the liver to peak performance. If the use of anabolic steroids is added, an overload of the liver is inevitable.

Liver protection outside of bodybuilding

Liver protection also plays an important role outside of bodybuilding sport and can promote the health and well-being of the liver. Liver protection food supplements are scientifically proven, effective and natural alternatives to support the liver in its important tasks. High-quality liver protection offers numerous advantages for all those who suffer from chronic diseases of civilization. People with very high liver enzyme levels and patients who are dependent on drugs that are harmful to the liver also benefit from liver protection. People who permanently overload the liver due to their lifestyle should also resort to liver protection. This includes excessive eating, alcohol and drug use. But people who are often in a toxic environment and who live or work in the vicinity of heavy metals such as arsenic or lead should also ensure that their liver is extensively protected.

Why liver protection is so important

The liver is responsible for breaking down toxins in the body, which is extremely important for the health of the entire body. It is the largest and heaviest organ and works around the clock to carry out its extremely important tasks. Her other tasks include producing enzymes and hormones. The liver is the main organ for the digestion of fat and is involved in the digestion of carbohydrates and proteins. Despite its remarkable ability to regenerate, it is sensitive and prone to disease. If the liver is overloaded by an unhealthy lifestyle such as poor nutrition, environmental toxins, excessive alcohol consumption and medication, it can no longer adequately excrete the pollutants and often inexplicable symptoms arise.

Functions of the liver:

Special food supplements for liver protection are a natural alternative to protect the liver from damage and to improve its regeneration and function.

Silymarin is a flavonoid (plant active ingredient) extracted from the seeds of milk thistle, which is prescribed in medicine for liver dysfunction such as liver cirrhosis, fatty liver and liver poisoning due to its liver protective effect. Steroid users use silymarin as a preventive measure when taking oral steroids.

As a powerful antioxidant, silymarin helps the liver break down toxic substances such as alcohol, oral steroids, environmental toxins, and some drugs. But silymarin not only has a relieving effect, it is also known to help the liver to form new cells, so it also has a regenerative effect. But Silymarin not only supports the liver, but thanks to its strong antioxidant effect, it also combats free radicals - these are toxic substances that are produced, for example, during illnesses and intensive training, through smoking and alcohol consumption and which attack cells. Silymarin is recommended to athletes who value general health and a strong immune system, as well as to athletes who take a variety of different supplements and drugs that can put a lot of strain on the organism.

What also speaks in favor of taking silymarin are the low side effects that are to be expected when taking this one hundred percent herbal preparation. Only frequent urination and a slightly laxative, i.e. laxative effect are stated. Insufficient knowledge is available for use in people under the age of twelve, which is why its use is not recommended here.

The suggested use is recommended by drug manufacturers Aim for 200-300 mg per day, a dosage that bodybuilders usually stick to as a greater effect is not expected with higher doses. If you want to support your liver with the help of Silymarin, NOW Foods Silymarin or a complex with Silymarin such as Undisputed Liver Defender, Rich Piana Liver & Organ Defender or NOW Foods Liver Refresh is just right for you.

The use of silymarin makes particular sense if oral steroids that are stressful to the liver or a variety of different supplements are taken at the same time. If you are one of the "weekend warriors" and only occasionally do sports and do not use any steroids or supplements, Silymarin will be able to offer you a strong antioxidant effect. 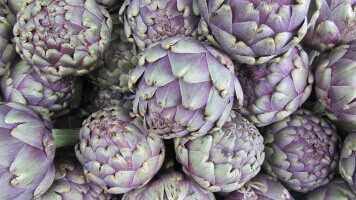 The artichoke (Cynara scolymus) is a classic remedy for treating digestive and intestinal problems. It comes from the Mediterranean countries. The thick and fleshy leaves are often used for herbal teas or herbal medicines and are also a real treat when consumed on their own. Artichoke extract has powerful liver-protecting properties due to its antioxidant activity. It is also said to lower cholesterol and improve the flow of bile in the liver. This has been shown to reduce fat and cholesterol levels and protect the liver from oxidative stress. This prevents liver damage. 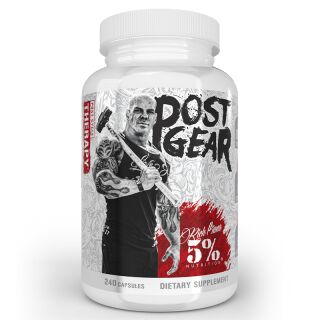 Schisandra chinensis has been used as a herbal medicine in Chinese medicine for many years and has numerous health-promoting properties. Contains plenty of antioxidants that protect the cells associated with oxidative stress. The valuable plant can protect the liver and prevent acute liver damage from oxidative stress. Schisandra is also said to suppress the release of inflammatory molecules that have been linked to many inflammatory diseases. N-Acetyl-Cysteine (NAC) is the acetylated form of the amino acid cysteine. This amino acid contains a sulfur group, which causes the synthesis of glutathione, a powerful and bioactive endogenous antioxidant. NAC is used to treat diseases such as respiratory and heart problems and cancer. It has even been clinically proven to treat liver poisoning from paracetamol overdose. NAC is an effective binding agent for heavy metal ions. This means that in the event of heavy metal poisoning, NAC can help protect the liver and kidneys from damage by increasing urinary excretion. As liver protection, NAC can help protect the liver in two ways. On the one hand by promoting the synthesis of glutathione, the body's most important antioxidant, and on the other hand by stimulating detoxification.